My Adventures in Breath Work – Part 2, My First Live Session 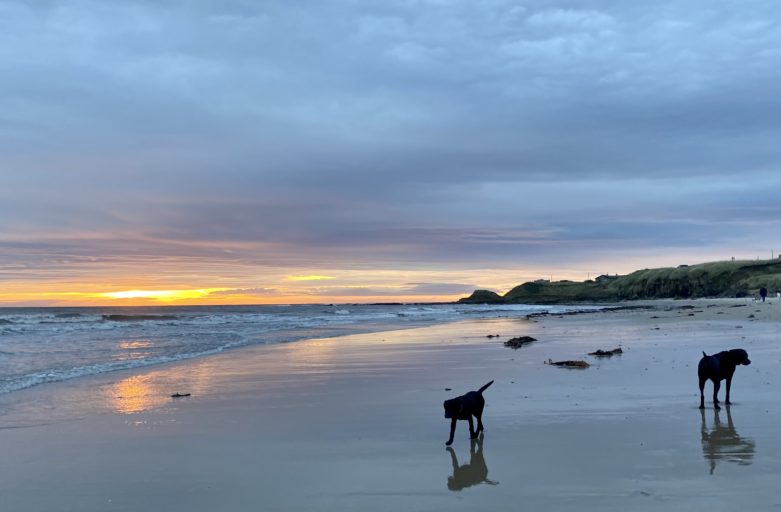 This is Part 2 of my Adventures in Breathing – you can read Part 1 here.

Driving down the A19, I was thinking, ‘three hours, how am I going to manage to breathe for three hours?’ Of course, I’d be breathing anyway, but this was focused conscious connected breathing – something that I’ve got to work at and requires intense concentration. I was a bit apprehensive that I’d be able to do it for three hours, and I was a bit nervous as to what the whole thing would entail.

I was heading to a workshop led by my breath-work course leader Shakti Tracy, so I knew I’d be in safe hands, and I was curious to see how a real ‘live’, in-person event would be managed. I was also a bit apprehensive that there would be folks jumping about howling like wolves or speaking in tongues, the passage from James Nestor’s ‘Breathe’ after he’d attended a similar event kept running through my head’;

“The business folk breathed heavily and wiggled around on their mats but mostly kept calm and to themselves. Meanwhile, the natural healers in the group went apeshit”.

These sessions can be intense, so I was a bit worried that I’d have a full-on ‘dark night of the soul’ and be unable to process it all or have some nervous breakdown. I’d done online sessions before, but as with everything, it’s different when there’s real people in the room and you can’t cheat or switch off (hey, I’ve been teaching online fitness classes since lockdown, I know what goes on).

We had instructions to bring our mat, blanket, notepad and pen. The theme was going to be ‘Let Love In and Bring in Joy’ – it sounded good, although I just wasn’t sure if I could manage to let joy in for a whole three hours.

Ever been bathed in sound?

We got started with a lovely sound bath; if you’ve never been to a sound bath, then I highly recommend it. The vibration from the singing bowls or gongs is fantastic – I don’t want to sound too hippy, but it does feel like your aura or chakras are being cleansed. If you don’t believe in those things, think of it as an ancient version of ultrasound. You’ll go to a physio, and they’ll do an ultrasound on a joint using the high-frequency vibrations to create cellular movement – well, a sound bath is the same principle just on your whole body.

What is Conscious Connected Breathing?

CCB is a breathing technique that creates an altered state of consciousness. There are lots of different methods and ways of using it. But one that I’m particularly interested in is a technique discovered in the 1950s called ‘Holotropic Breathing’ where Stanislav Grof, a psychology student at the Czechoslovak Academy of Sciences in Prague, agreed to be injected with a new drug that had been developed to treat menstrual pain and headaches.

The side effects of this drug had included severe hallucinations, so it was deemed unmarketable. The drug company, unsure what to do with it, gave it to the psychology department, thinking they would be best placed to describe and understand the effects. Grof agreed to be strapped to a chair and injected with 100 micrograms of the drug.

“I saw light as I’d never seen it before, I could not believe it existed. My first thought was that I was looking at Hiroshima. Then I saw myself above the clinic, Prague, the planet. Consciouness had no boundaries, I was beyond the planet. I had cosmic consciouness.”

What he’d been injected with was ‘lysergic acid diethylamide-25’ – LSD.

Grof then became a leader in treating his patients with the drug until LSD got banned by the US government.

Unable to continue using the drug, Grof and his wife discovered that breathing could bring about similar effects; it just took a little bit longer, and it was legal. The theory is that they could bring their patients to the point of stress via the breath, they could then access areas of the subconscious and unconscious thoughts – effectively, it’s like blowing a gasket in your brain so that you can return to calmness.

How I felt doing CCB

I’m a Pilates teacher; I spend a lot of time teaching breathing and looking at how the breathing muscles work and how they affect your posture. We teach a full 360 breath pattern, exhaling on effort and connecting the breath to your core.

CCB is a whole new world of breathing, especially if you’re used, like me, to that whole body breathing. CCB is practised with an open mouth (think dentist wide) and uses just the upper respiratory muscles keeping the breath in the upper chest – this is technique derived from Leonard Orr and his ‘rebirth methods’.

There’s also no space between the exhale and inhale – it can almost feel like the breath you take when you have a panic attack. It feels weird at first, and it’s a bit uncomfortable – but the more you do it, the more used to it you become (I won’t say it gets easier, you just know what to expect).

We do the CCB this way because it’s a quicker way to get into that altered state of consciousness, as described by Grof. We hold a lot of stuck emotions in that upper chest space (think of a toddler crying, you know that staccato cry that’s all in the upper chest); breathing in this way allows quicker access to those emotions and helps to release them.

So, back to my live event, once the breathing section started, I thought to myself, I’m just going to go for this even if it gets really uncomfortable.

The first 10 mins are the worst – just like any exercise, you have to push through and keep going. I kept having the words of one of our mentors in my head, ‘keep going, you never know what you’re going to find on the other side’ – so I did keep going even when my brain was telling me to stop.

Having been worried that there would be folks jumping around and howling like wolves, I was barely conscious that anyone else was in the room. The instructors encouraged us to keep going and help with the tempo of breath (it’s pretty fast), and that’s when weird stuff starts to happen.

You know when you’re in a dream, and things are happening all on different timelines? That’s the only way I can describe what an altered state of consciousness feels like; well, it does for me. I’m sure that others have different experiences. Time becomes non-linear.

It felt like I was in a dream – only I could kind of control the dream and talk to the people I met and direct the journey. I felt fully in control of the dream, and oh my word, being in control in a dreamlike state is just wonderful.

I was conscious that I was moving (and, no, I wasn’t up and dancing and howling :D), I was moving around on my mat, but in my dream state. I was being pushed into positions by some healing hands (I know, this is full-on hippy weirdness), and I could feel things being put onto my skin. When it was time to come out, and we were brought back, I felt like I’d done a total workout! My body felt amazing.

We then had a gong session, which felt great and gave processing time to everything. Then we had a sharing circle. I’ve never done a live share circle before, and I thought it might be a bit cringy, but actually, it was amazing to hear everyone’s experiences. From people who’d just had a lovely relaxing time, to others who’d released emotions, to another who thought she’d dreamed the whole thing in advance.

And that brought the evening to a close – three hours felt like 10 minutes.

We stayed in our caravan that weekend up on the Northumberland coast, and I’m not one for getting out of bed. I hate getting up on a morning. The next day after the breathing session, I got up super early, felt amazing, and there was this incredible sunrise over the sea. I took the dogs to the beach, watched the sunrise and thought how fantastic the world is and that you can access this whole new level of consciousness just via breathing. It’s like a whole new world opened up. And, I was feeling like this without the effects of drugs or alcohol!

This week I’ve been back in classes, and I thought, ooh, I’ll try one of those moves I was doing in the breathing session. I literally couldn’t do it. It was a stretching type move, and I could not get into the same position….so maybe I was getting some assistance from the universe after all.

I now can’t wait to go to another in-person event! I’ve got a whole weekend retreat lined up in Brighton in December, so my next instalment will be all about that.

And…I’ll be running these sessions myself in my studio, so watch this space if it’s something you’re interested in giving a go. I have a feeling that they’re going to be addictive.

I’ve also being doing the Wim Hof method too – Dan and I did our latest podcast on it, you can listen to that here. I’ll do a write up of that too, when I’ve finished my 4 week cold shower challenge.