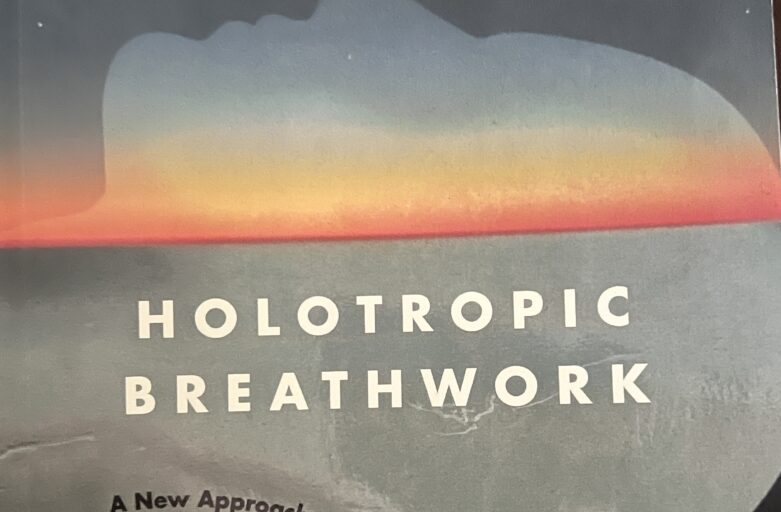 This book blew my mind!

“We are currently experiencing a dangerous global crisis that threatens the survival of our species and life on the planet. In the last analysis, the common denominator of many different aspects of this crisis is the level of consciousness evolution of humanity. If it could be raised to a higher standard, we could tame the propensity to violence and insatiable greed, many of the current problems in the world could be alleviated or solved.” Grof 2010

I’ve now read a few books just on breathwork, and this one is the absolute bomb. It’s the one from which everything else springs. Holotropic, the word itself means ‘moving towards wholeness.

Stanislav Grof was an early researcher in using psychedelic drugs as a tool for use in psychiatric medicine. He states he brings together and ingrates elements from various avenues of psychology – Freudian, Reichian, Rankin and Jungian schools, with insights from Eastern spiritual practices, mysticism, and anthropology – using holotropic breathwork to bring them all together.

When the government banned psychedelic drugs in the 1960s, Grof discovered that he could get similar altered states of consciousness from more natural methods using breathwork.

For me, this is the best book that I’ve read for detailing the history, the preparation, the role of the facilitator and the considerations for holding breathwork sessions. My favourite section is the case studies from people who’ve attended sessions – it continually amazes me how deep people can go using the power of the breath.

It’s a very practical book, a manual for holding breathwork sessions, as it were from having to inform hotel staff about the loudness of the music to dealing with folks wandering around in an altered state of consciousness.
He also details what could go wrong and how to deal with it. There’s a whole section at the end of the book detailing all of the unique situations and considerations from running a breathwork session, such as muscle spasms, nausea, erratic behaviour.

Three things I learned from this book;

*There is no evidence that consciousness is housed or comes from the brain. (Whaaat – think about that one!)

*Holotropic Breathwork – it just sounds fantastic; I’d love to do a live session with Stan (I feel like I’m on first name terms with him).

*Breathwork can go deep into the psyche, and it’s something that has a long and ancient history.

Nowadays, folks think of breathing as something that is a bit woo or ‘spiritual’ – it’s a deeply healing practice that’s accessible to anyone alive, and it will transform your life.

. I’m not going to lie; it’s taken me a while to read it – I think that after every sentence, I needed 10 minutes to absorb what he was saying. So, it’s taken an age for me to read, but I’m glad that I’ve persevered to the end, as I now feel informed about breathwork. I’ve also listened to a couple of interviews with him, which helped me integrate the information.

There was nothing about this book that I didn’t like, apart from if you want a less scholarly book on breathwork or you’re just starting, then maybe it’s not for you. But, if you’re a breathwork facilitator, this is an absolute must-read.

It’s the history of modern-day conscious connected breathwork and it’s a classic.